Pharmaceutical companies across the world increased their investments in mobile phone apps and educational websites by nearly 80% last year.

According to a study by Ernst & Young, drug companies including Merck & Co and Novartis AG are leading the way in what seems to be a new wave of enthusiasm towards social media and the online landscape on the part of drug companies.

In total, global pharmaceutical companies started 97 new projects aimed at using IT to improve the quality of patient health. By comparison, 124 project had been started in the four previous years altogether, representing a massive leap forwards for development this year.

Experts say that the move is partially due to the increased pressure that pharmaceutical companies are under from governments to prove that their products are worth their prices. Plans exist in the UK to match the prices of products to their benefits starting in 2014. This therefore calls for more involvement from patients throughout the lifecycle of a drug, from initial testing to post market surveillance – all of which can be easily and effectively facilitated via the use of social media.

Carolyn Buck Luce, global pharmaceutical leader at Ernst & Young, told one US website: “Pharma can’t exist the way they have existed; what is surprising is the pace of change.”

“The next big change in health outcomes is behavioural change, where medicines play an important part but not the only part.” 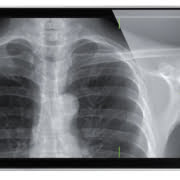 Mobile apps on the rise in pharma

Want to join the discussion?
Feel free to contribute!

Next Event starting in:

Search or Get Listed

Scroll to top
This website or its third-party tools process personal data (e.g. browsing data or IP addresses) and use cookies or other identifiers, which are necessary for its functioning and required to achieve the purposes illustrated in the cookie policy. By continuing to use this site you agree to our use of cookies.
Close

We may request cookies to be set on your device. We use cookies to let us know when you visit our websites, how you interact with us, to enrich your user experience, and to customize your relationship with our website.

Click on the different category headings to find out more. You can also change some of your preferences. Note that blocking some types of cookies may impact your experience on our websites and the services we are able to offer.

These cookies are strictly necessary to provide you with services available through our website and to use some of its features.

Because these cookies are strictly necessary to deliver the website, refuseing them will have impact how our site functions. You always can block or delete cookies by changing your browser settings and force blocking all cookies on this website. But this will always prompt you to accept/refuse cookies when revisiting our site.

We fully respect if you want to refuse cookies but to avoid asking you again and again kindly allow us to store a cookie for that. You are free to opt out any time or opt in for other cookies to get a better experience. If you refuse cookies we will remove all set cookies in our domain.

We provide you with a list of stored cookies on your computer in our domain so you can check what we stored. Due to security reasons we are not able to show or modify cookies from other domains. You can check these in your browser security settings.

These cookies collect information that is used either in aggregate form to help us understand how our website is being used or how effective our marketing campaigns are, or to help us customize our website and application for you in order to enhance your experience.

If you do not want that we track your visit to our site you can disable tracking in your browser here:

We also use different external services like Google Webfonts, Google Maps, and external Video providers. Since these providers may collect personal data like your IP address we allow you to block them here. Please be aware that this might heavily reduce the functionality and appearance of our site. Changes will take effect once you reload the page.

The following cookies are also needed - You can choose if you want to allow them: